Just like yesterday, today’s stop was advertised as one port but actually docking in another. In today’s case, our port was listed as Miyazaki but we were actually docking in Aburatsu. In our research on Miyazaki we found a few sites that sounded interesting, but many of them were in varying directions without easy transportation. We ended up purchasing an excursion through Royal Caribbean that visited both Udo Shrine and Obi Castle. Normally I don’t purchase excursions from the cruise line, but the transportation concerns made the decision easier.

Udo Shrine was about a half hour’s drive from the port, and we were slotted to have 75 minutes at the shrine. The shrine itself is located in a cave along the coast, and our tour guide provided the local mythos surrounding the shrine. According to local mythos, the shrine was the birthplace of the first Emperor of Japan, Jimmu. There are many legends, but they all agree that the first Emperor nourished himself on the rocks in the cave, which are said to look like breasts. Supposedly the shrine is fortunate for newlyweds, couples, and pregnant women.

Outside of the cave is a rock that looks like a turtle. At the shrine there are vendors who sell undama, or lucky balls, 5 balls for 100 yen or about $1. There is a roped off section of the rock and local legend states that throwing an undama into the target area will bring good fortune.

After leaving the shrine we had another 30 minute bus ride to the Obi Castle ruins. We were given another 75 minutes to explore here, and unfortunately that really was not enough. The castle grounds were large with much to see, but there was also a wide variety of other attractions in the castle town. We were able to walk through a garden, a cedar grove, a museum, and a historic samurai house before running out of time.

The historic house was really interesting, and was filled with details about the day to day life hundreds of years ago. You have to remove your shoes before entering, traditional for Japanese homes, although some of the tourists seemed to have a hard time following this rule. The museum was interesting, but unlike the rest of the castle none of the signs were in English. Our tour guide mentioned that they have requested repeatedly to get English signage in the museum, but have always been refused.

While the shrine was really interesting, if we were to return to Miyazaki I think I’d focus a full day on Obi Castle and it’s town. There was so much more we didn’t have time to see because of the scheduled tour’s time constraints.

Food Market at the Port

The time constraints also meant that we did not have time to stop for lunch, so we were quite hungry when we returned to the ship. We were happy to see that a number of street vendors had set up in the port area. There were numerous food trucks and tents set up with local cuisine. We saw ramen stalls, curry vendors, and ice cream trucks, but what caught our eye was a Yakitori tent.

Yakitori is a traditional Japanese street fare that involves skewering meat or vegetables and cooking them over a charcoal grill. This shop had a wide variety of choices, including chicken, pork, and squid. We opted to try a pork belly skewer and a couple different chicken skewers and they were amazing. This was a really special treat, to have the opportunity to try authentic Japanese street fare. Despite our disappointment at not getting to see all of the castle grounds, this was a great way to end our day. 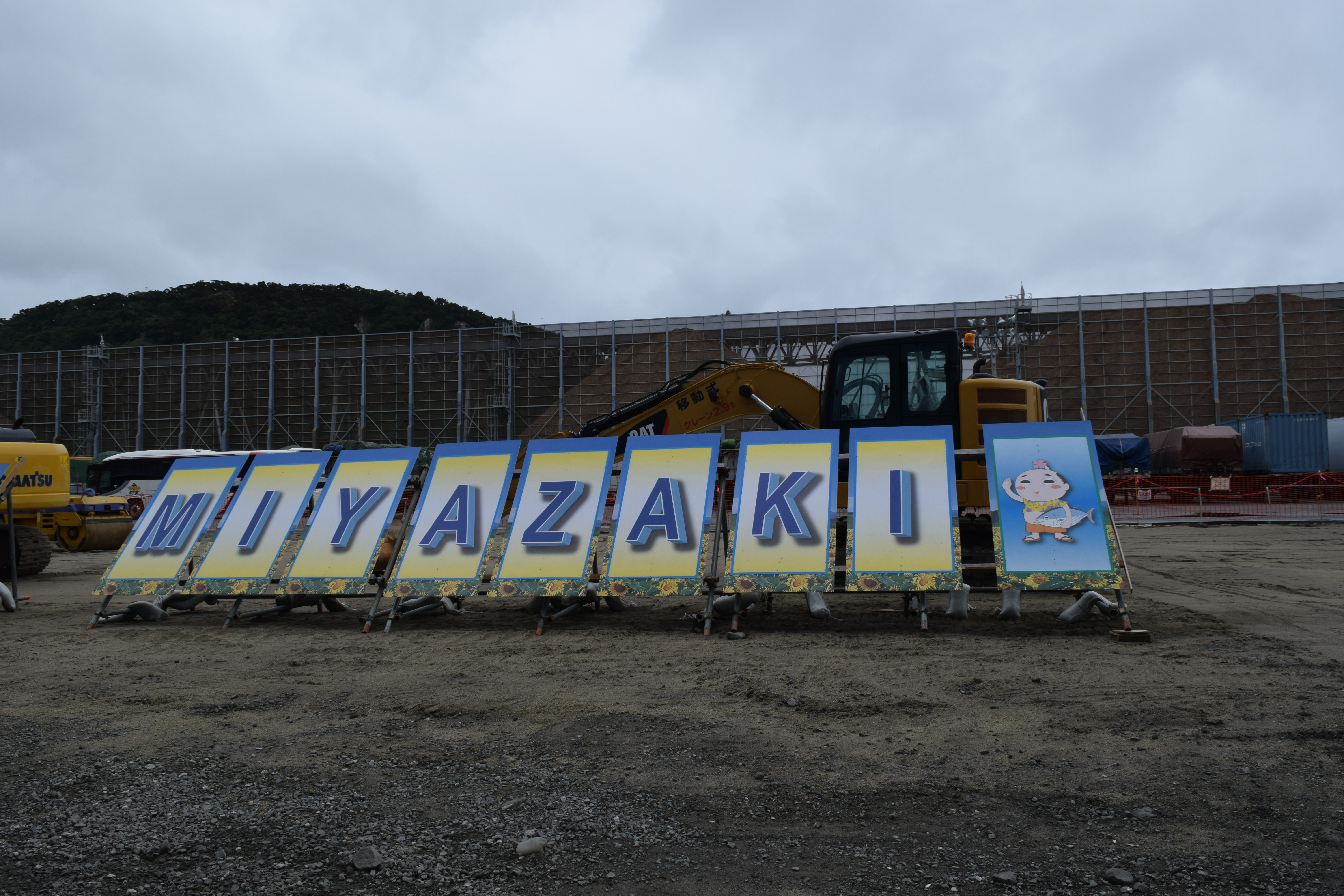 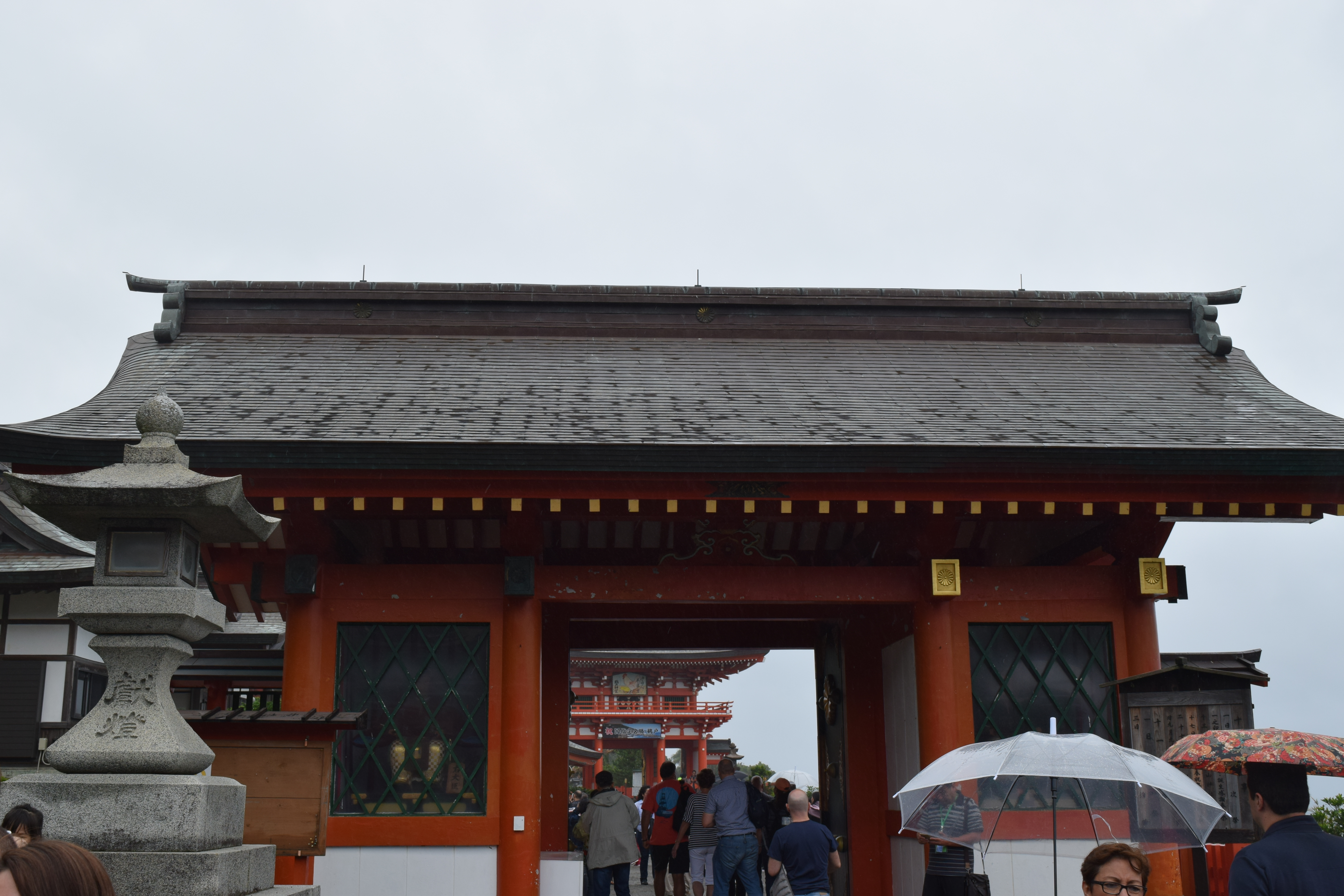 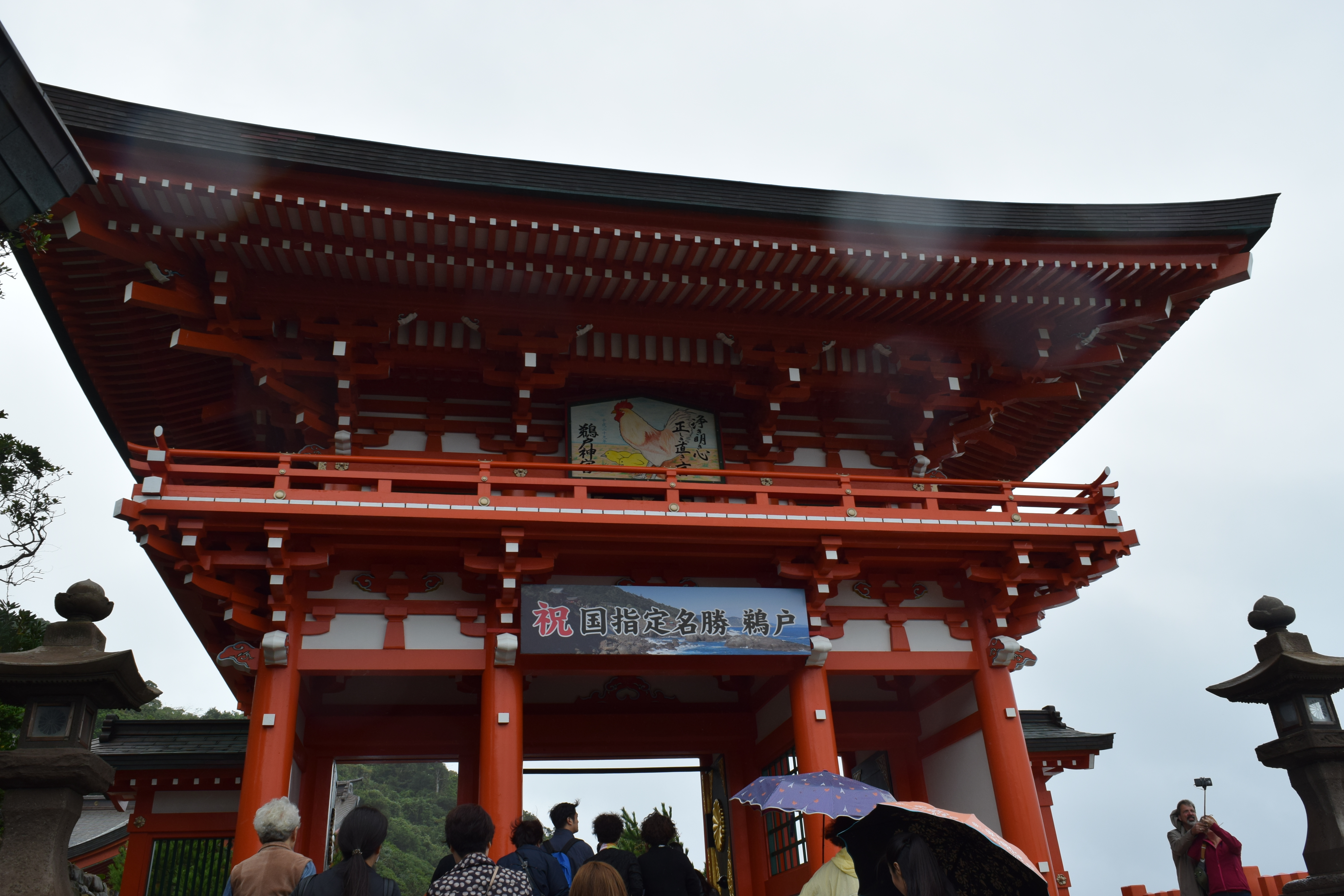 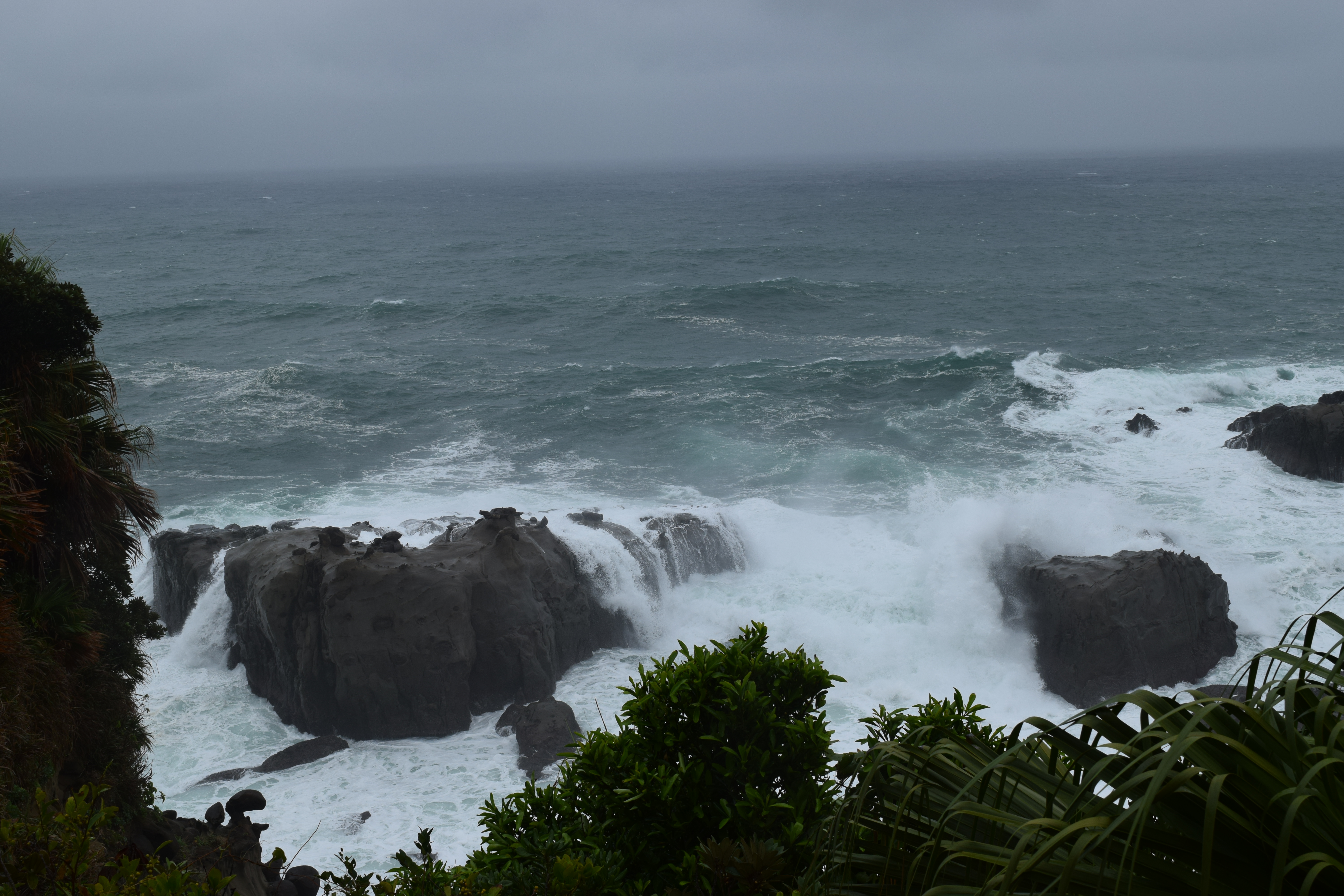 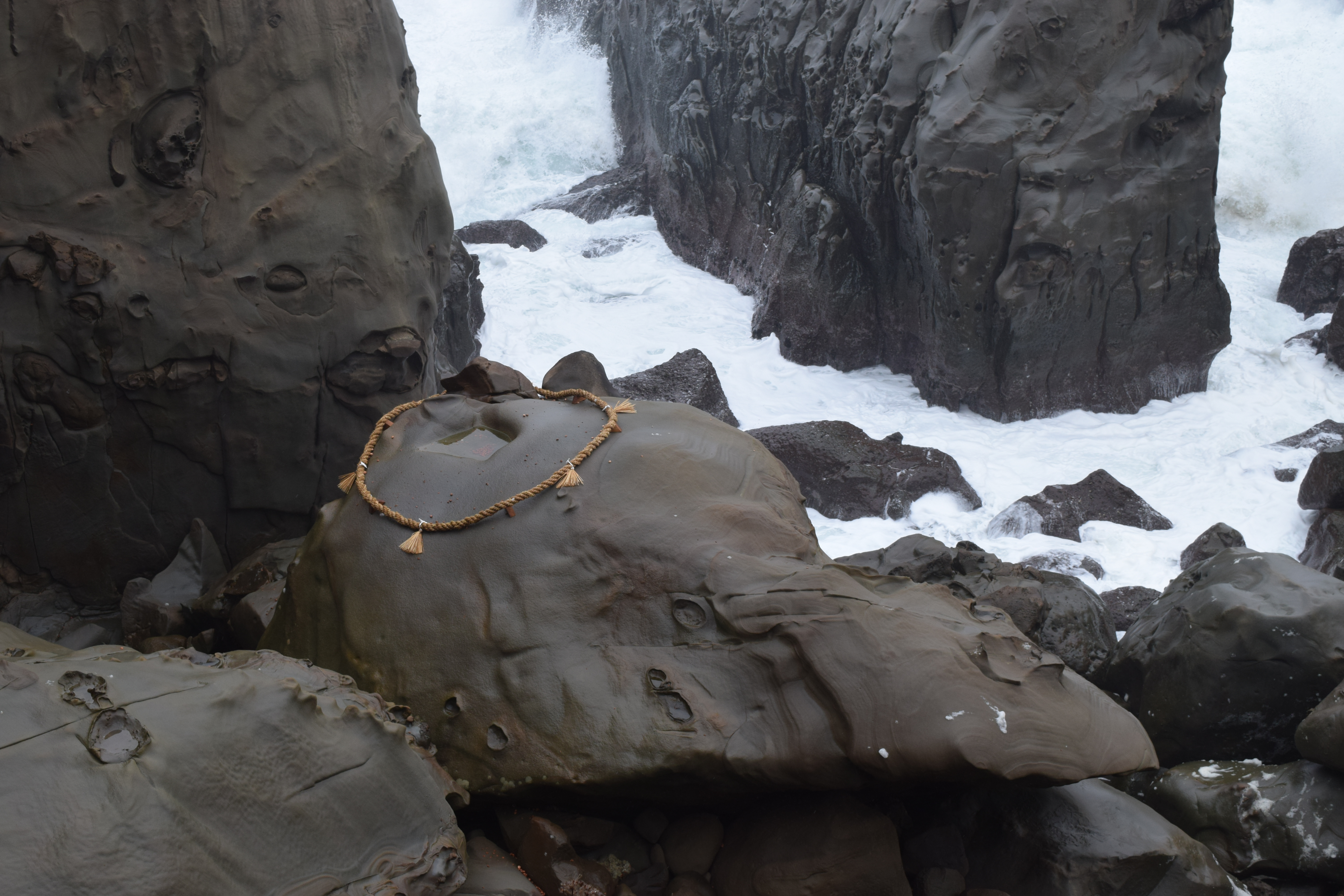 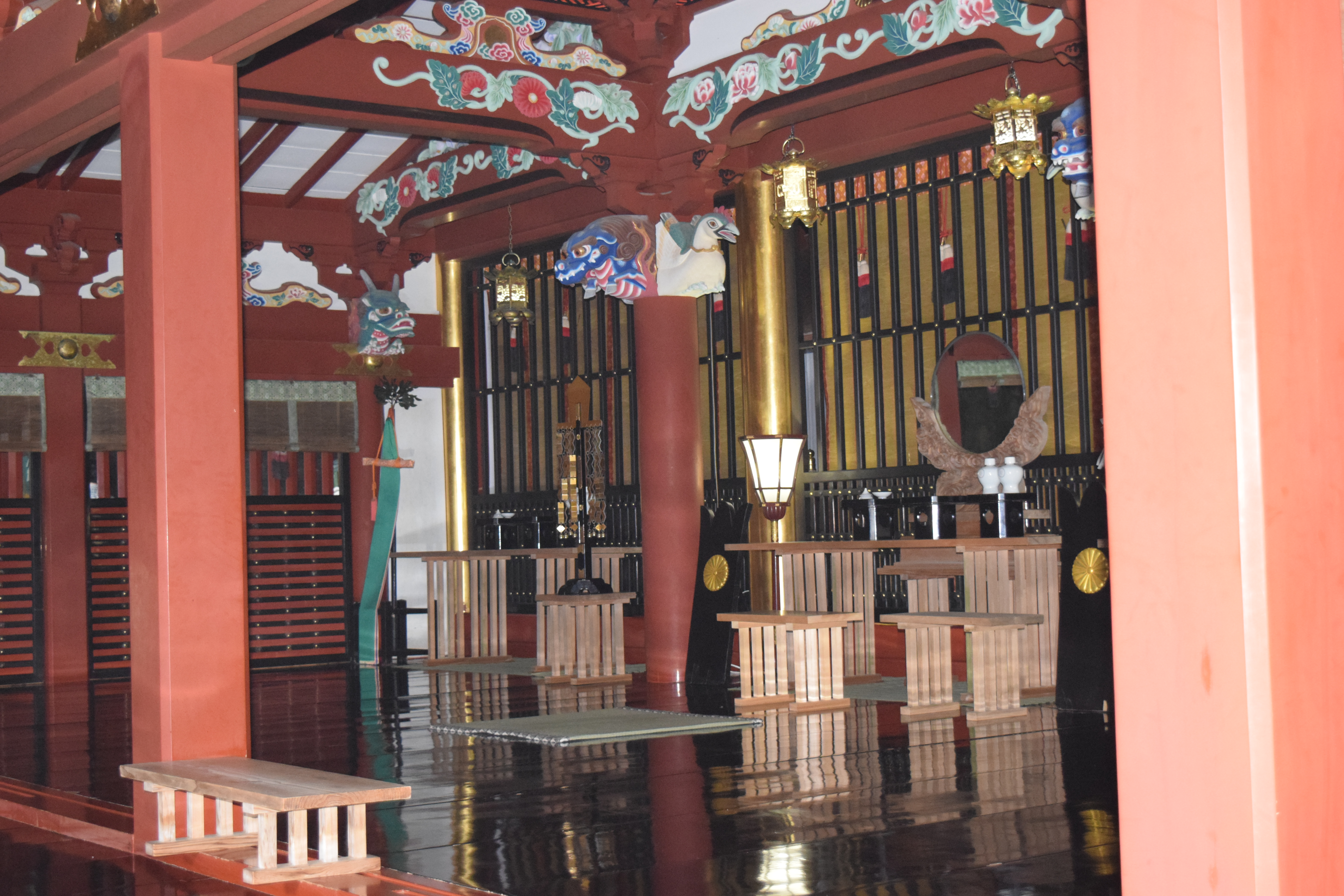 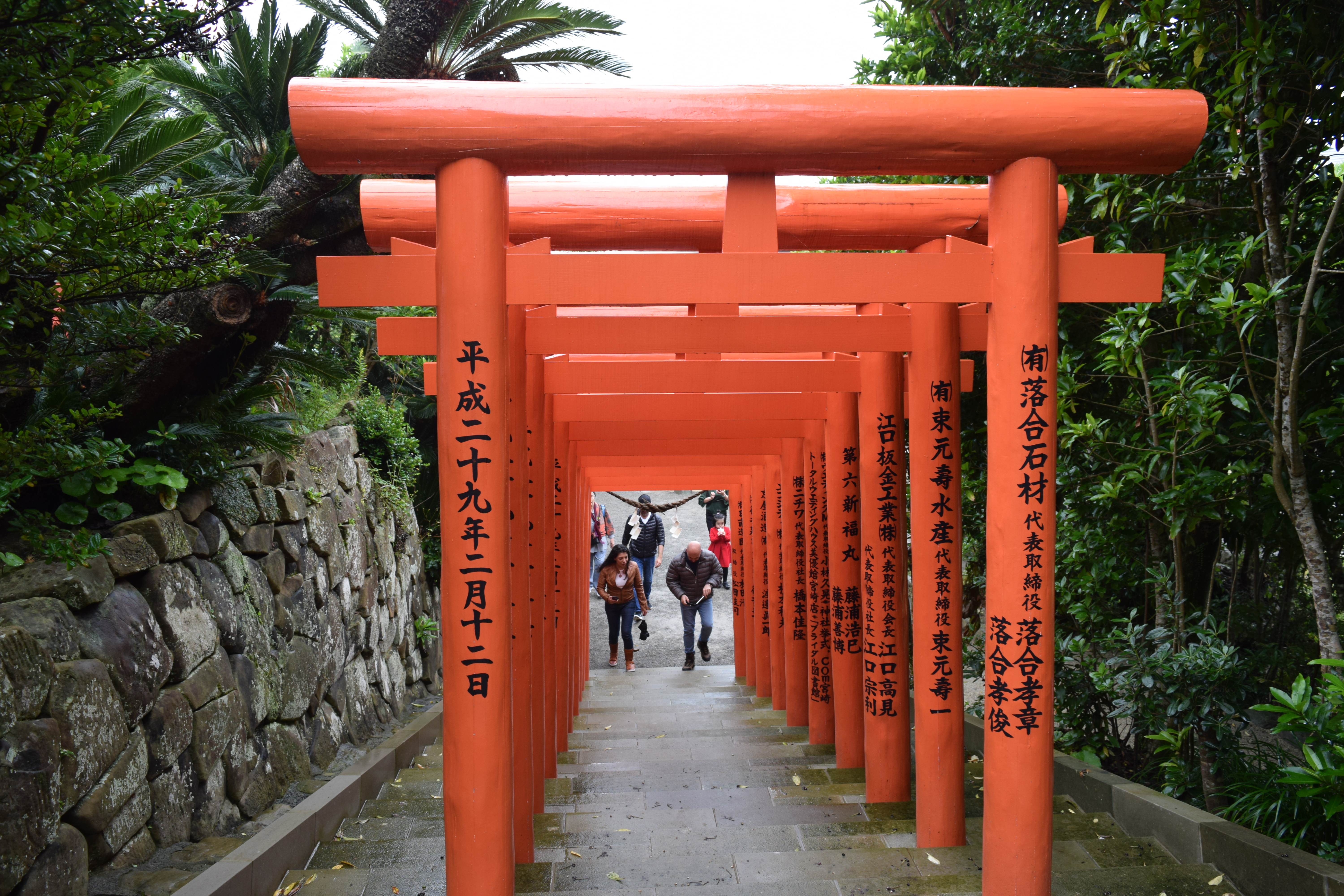 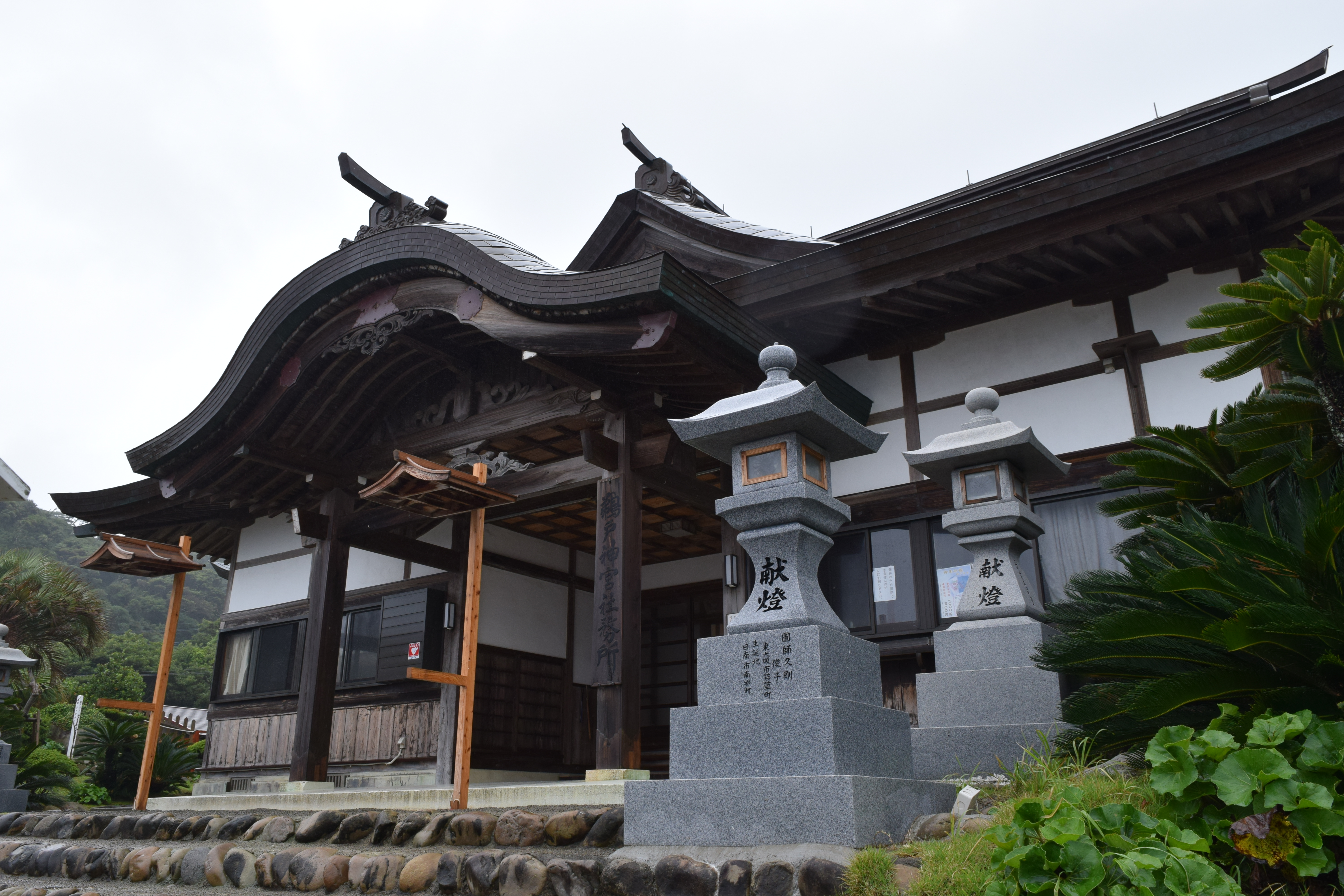 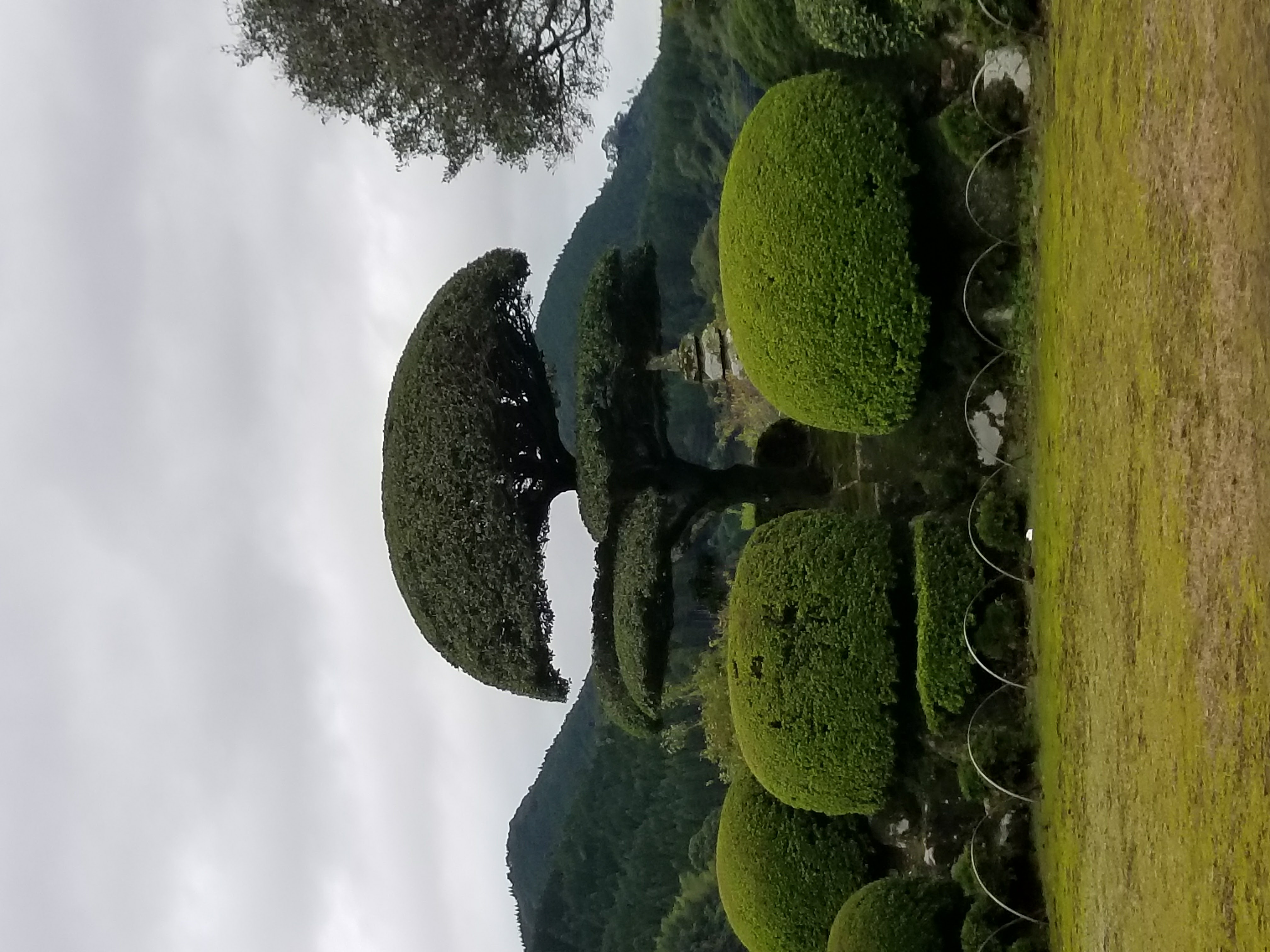 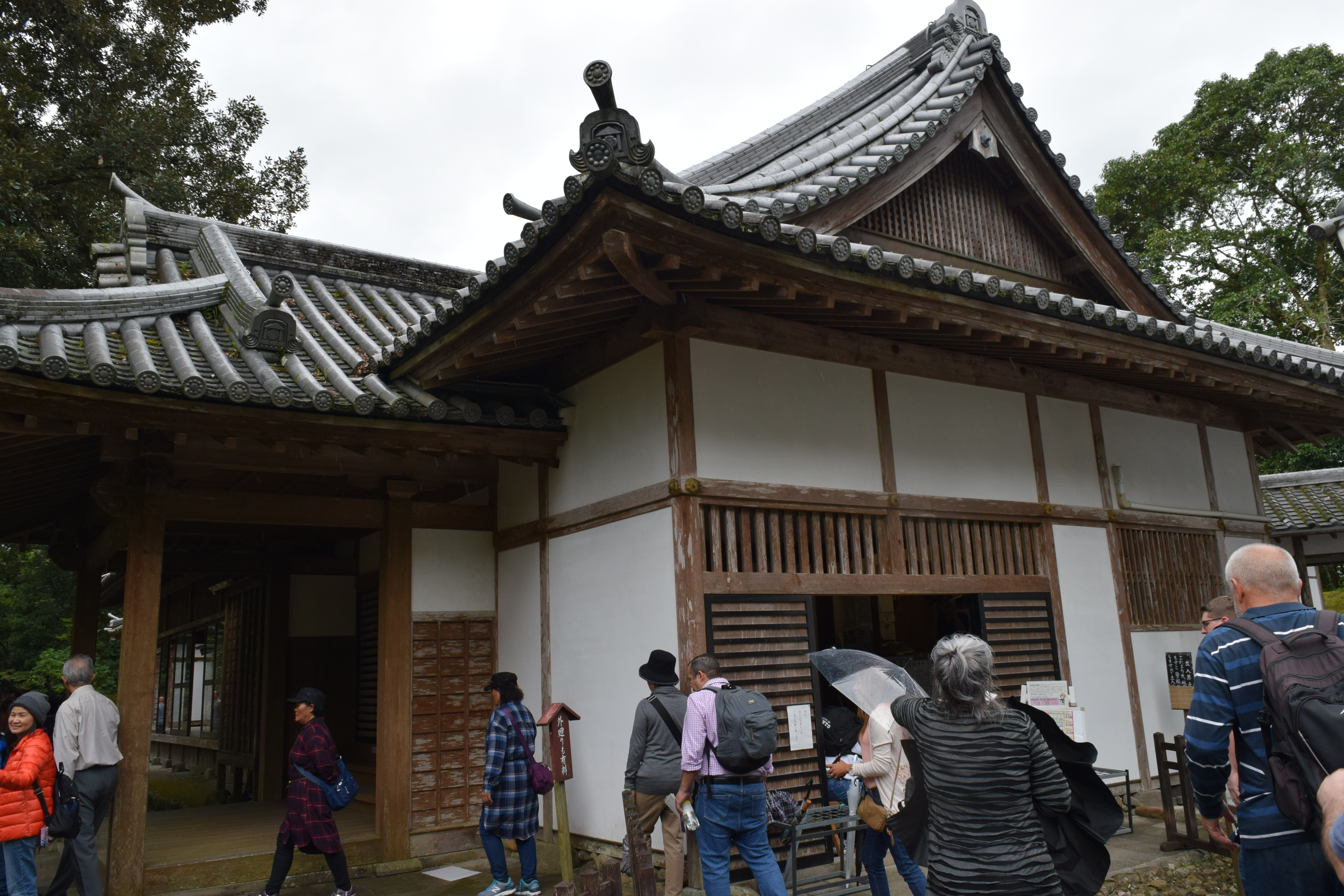 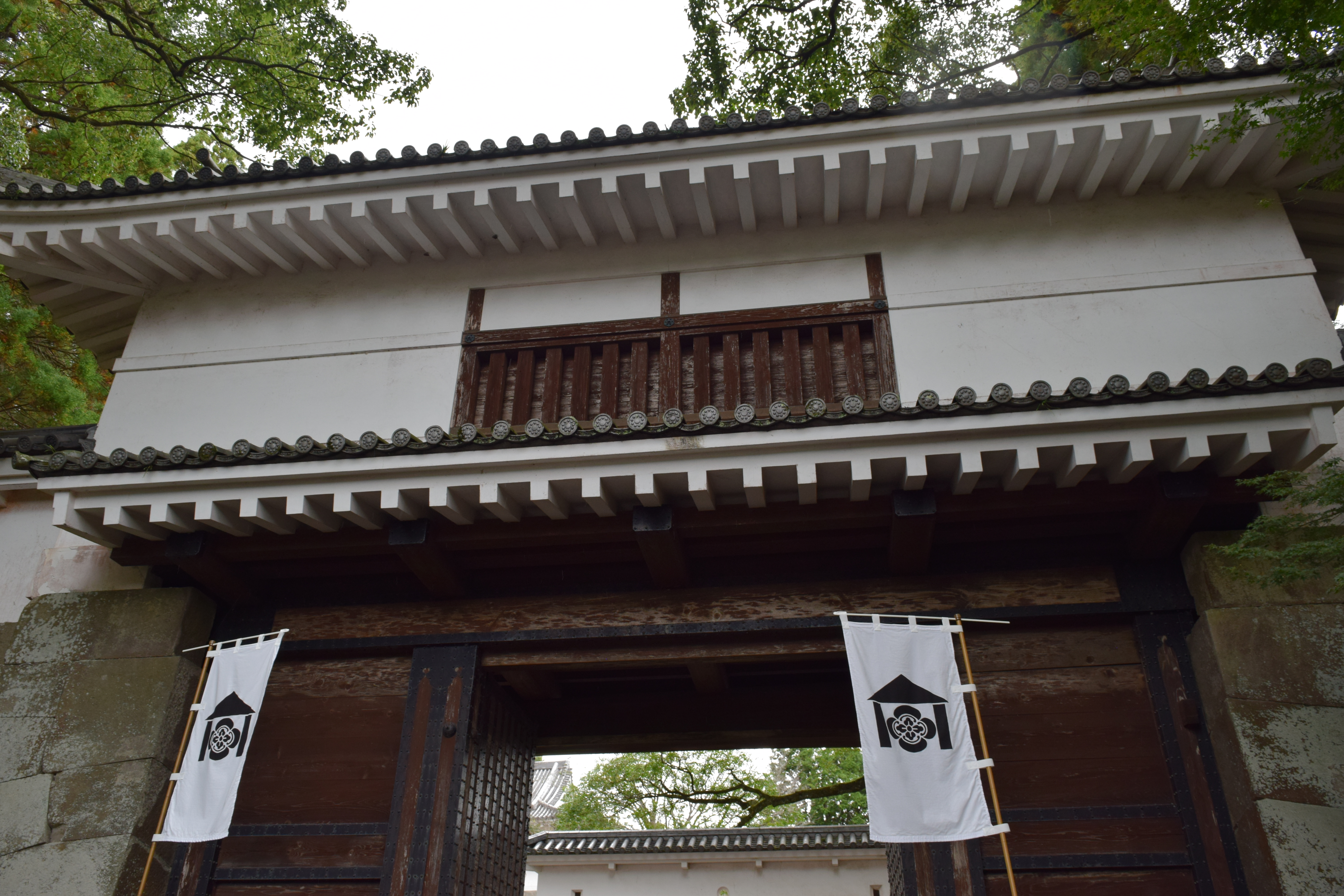 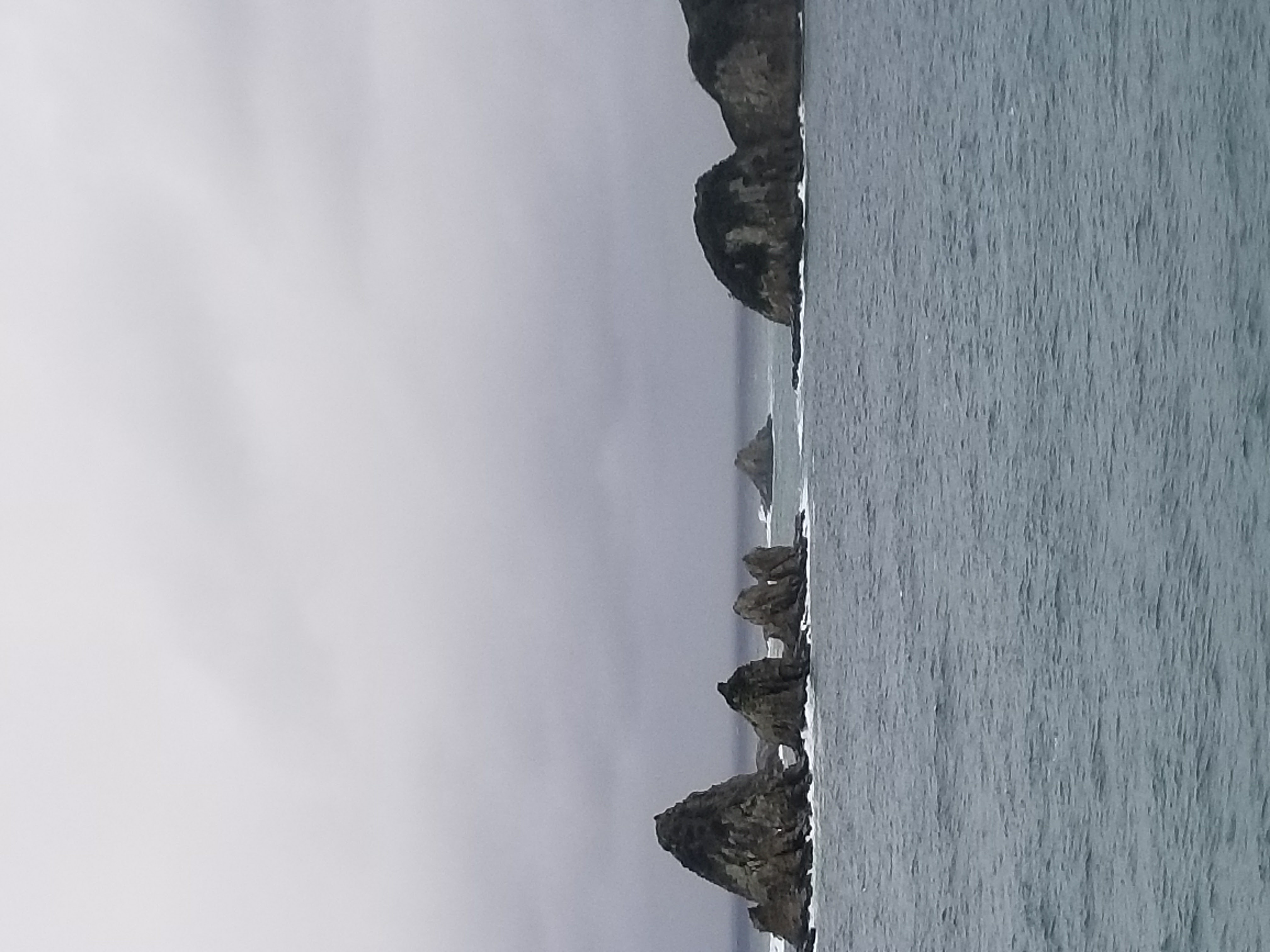 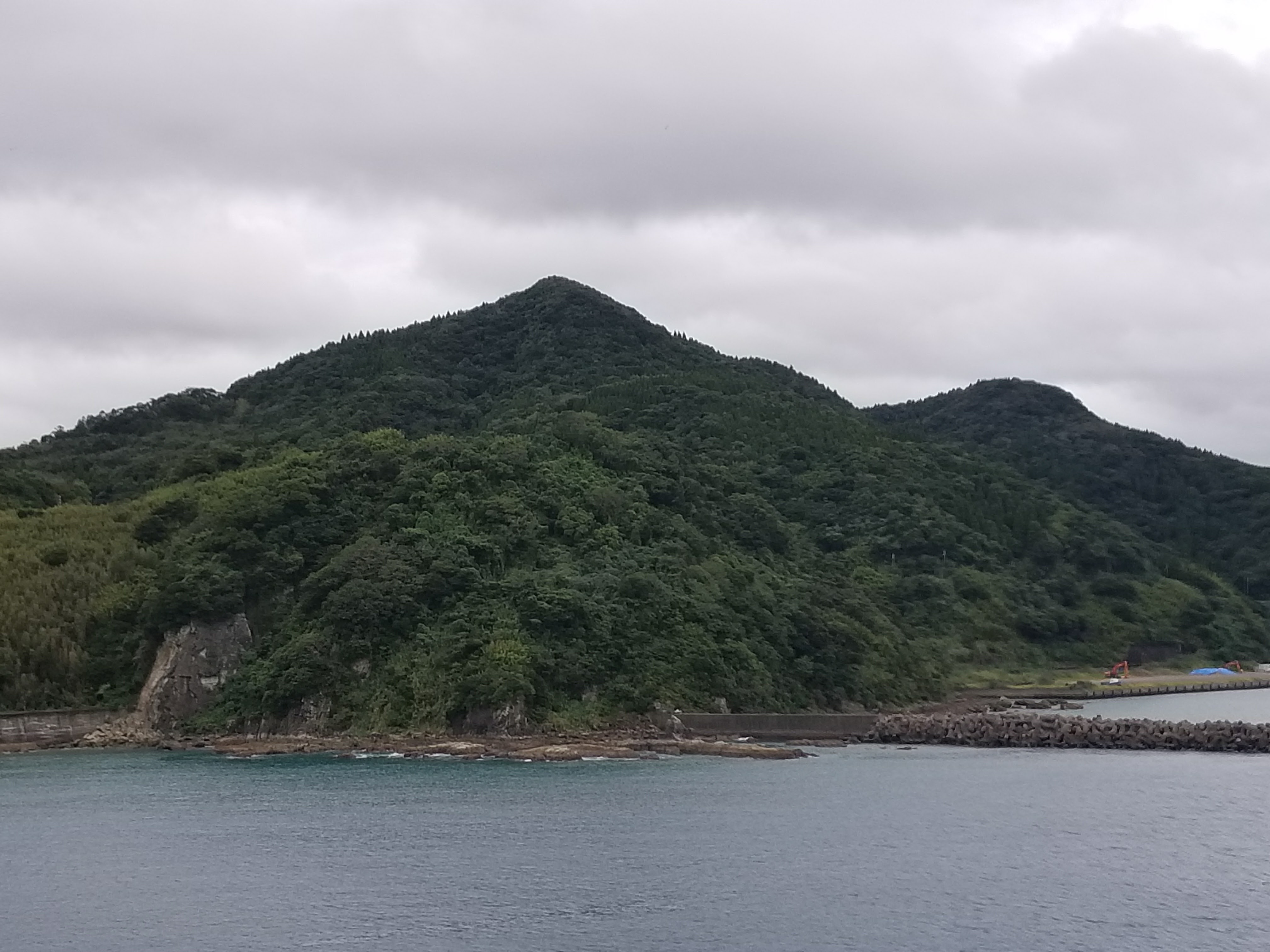