On the third day of cruising, Royal Caribbean gave to me… a stop in St. John’s, Antigua. We were in port from 7 AM to 6 PM and while planning the cruise we figured we would need a break from water based excursions so we opted to do a Zip Line through the rain forest followed by a challenge course. This excursion was offered through Royal Caribbean, but it could also be booked directly with the tour operator at a fraction of the cost. We opted for this route, and the only downside was that we could not board the shuttle bus with people who booked through the cruise company. Instead, the tour operator asked us to meet their driver outside a shop in the pier area. This was a little off-putting at the time as we did not know what type of vehicle to look for. The driver spotted us and asked if we were looking for a ride; of course we had no idea if this was actually the driver we were supposed to meet or just a local taxi driver. He must have seen our confusion because he quickly identified himself and called us by name.

Once we arrived at the zip line starting point we recognized a few people from the ship and knew that we were getting the exact same excursion that was being sold on board. The entire tour lasted about 2 and a half hours and started with a series of 12 traditional zip lines and a vertical drop down a rope from a tree house. This is where I first discovered that I do not do well just stepping off edges into the open air; I tend to hesitate and let the edge hit my butt on the way down. Something that has come up a few more times, most recently when being told to step off the dock into the water while learning to SCUBA dive. Sometimes I never learn.

The 12 zip lines ranged from a short 50 foot line to the massive 300 foot “Screamer” and was a ton of fun, not to mention the excellent views that we had of the gorge and surrounding rain forest. Most of the other participants only purchased the zip line portion of the excursion, but Luis and I joined about 5 other people in doing the 9 element challenge course. The challenge course was a lot of fun and definitely a different take on exploring the rain forest canopy. They did not allow us to bring our own cameras on the tour, which was disappointing, but they did take pictures and videos (which they were happy to sell at the end of the tour) The official policy is no cameras because you might lose them, but we’ve done plenty of zip lines with our cameras in the past and never had a problem, I do really think the no camera rule is just to be able to sell the photos and videos. We did purchase the package, as it was very reasonably priced, and was a nice extra memory of the day. We also got a little certificate proving that we tackled and completed the full zip line and challenge course. It was a really fun day and a nice break from the many water activities we’d done earlier in this trip. 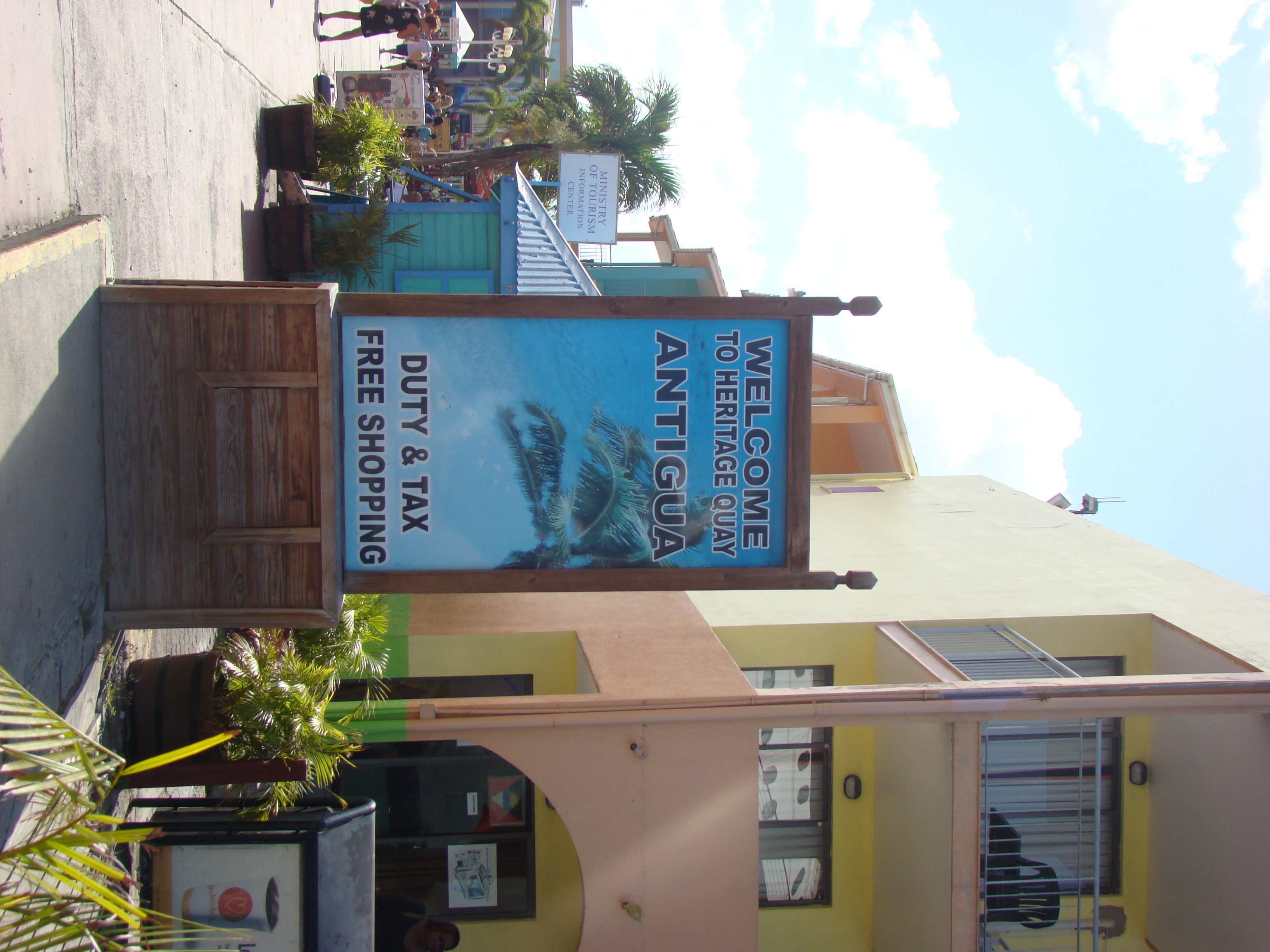 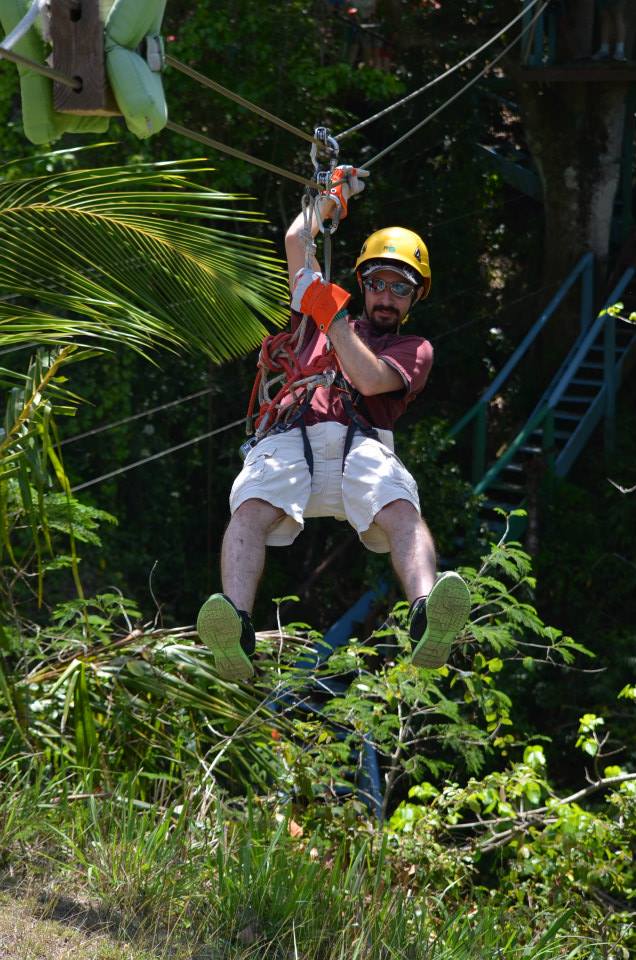 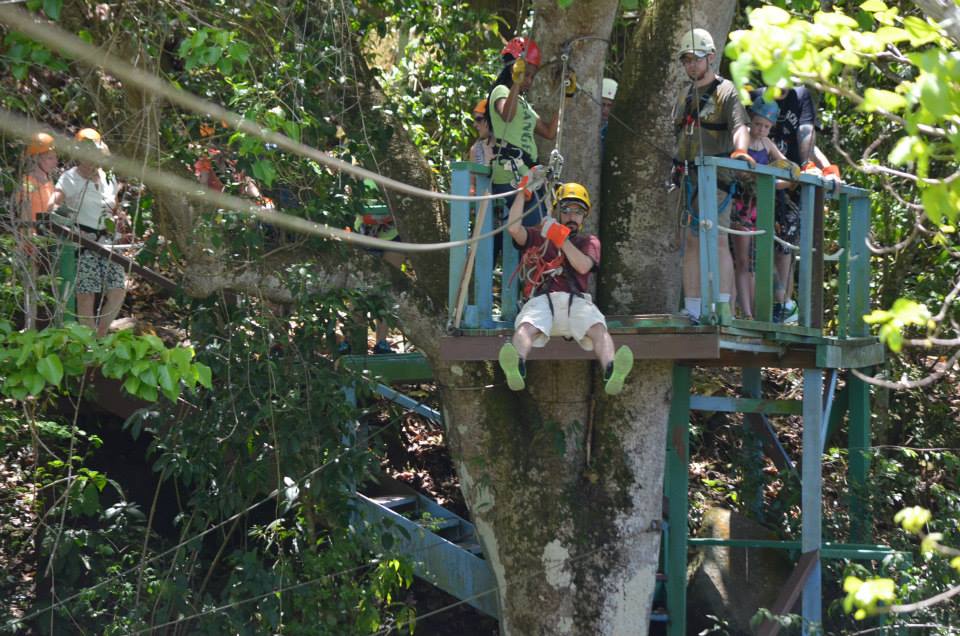 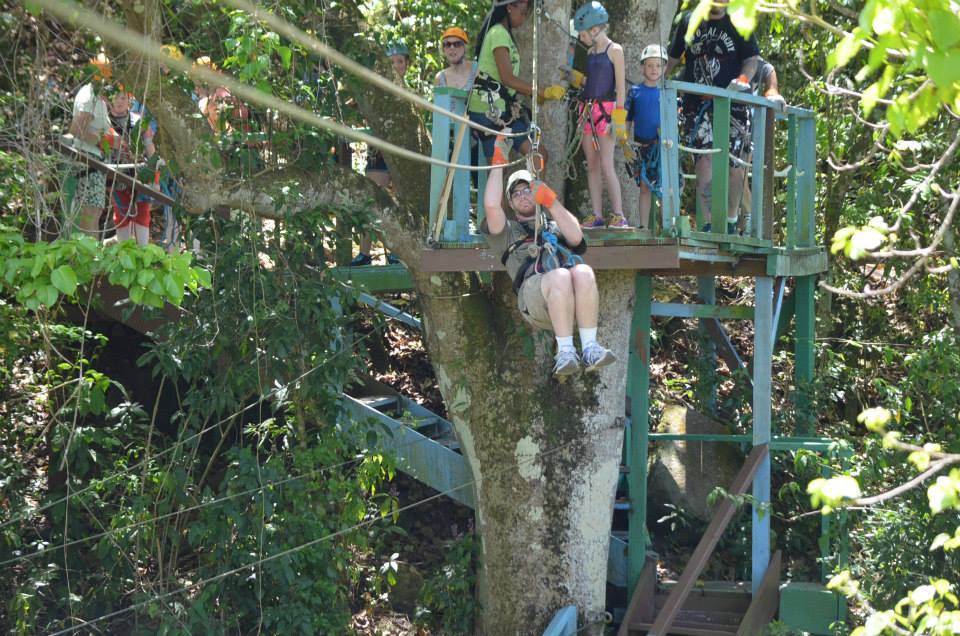 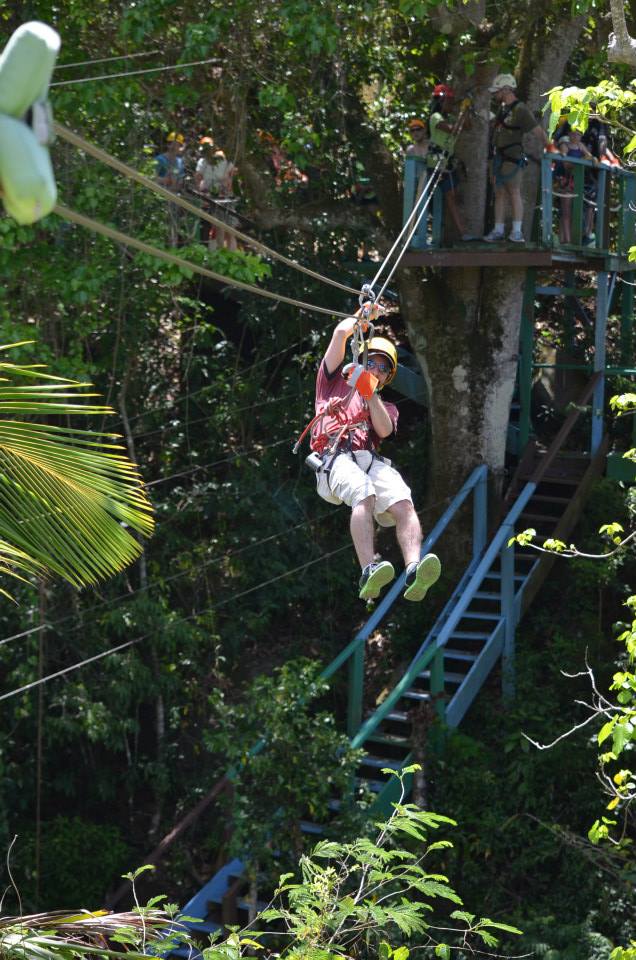 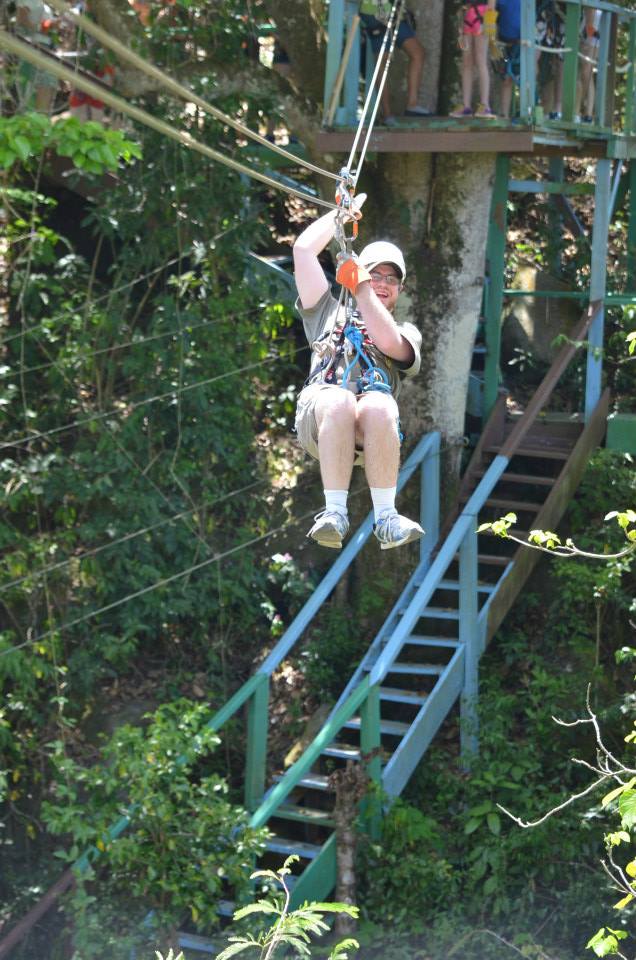 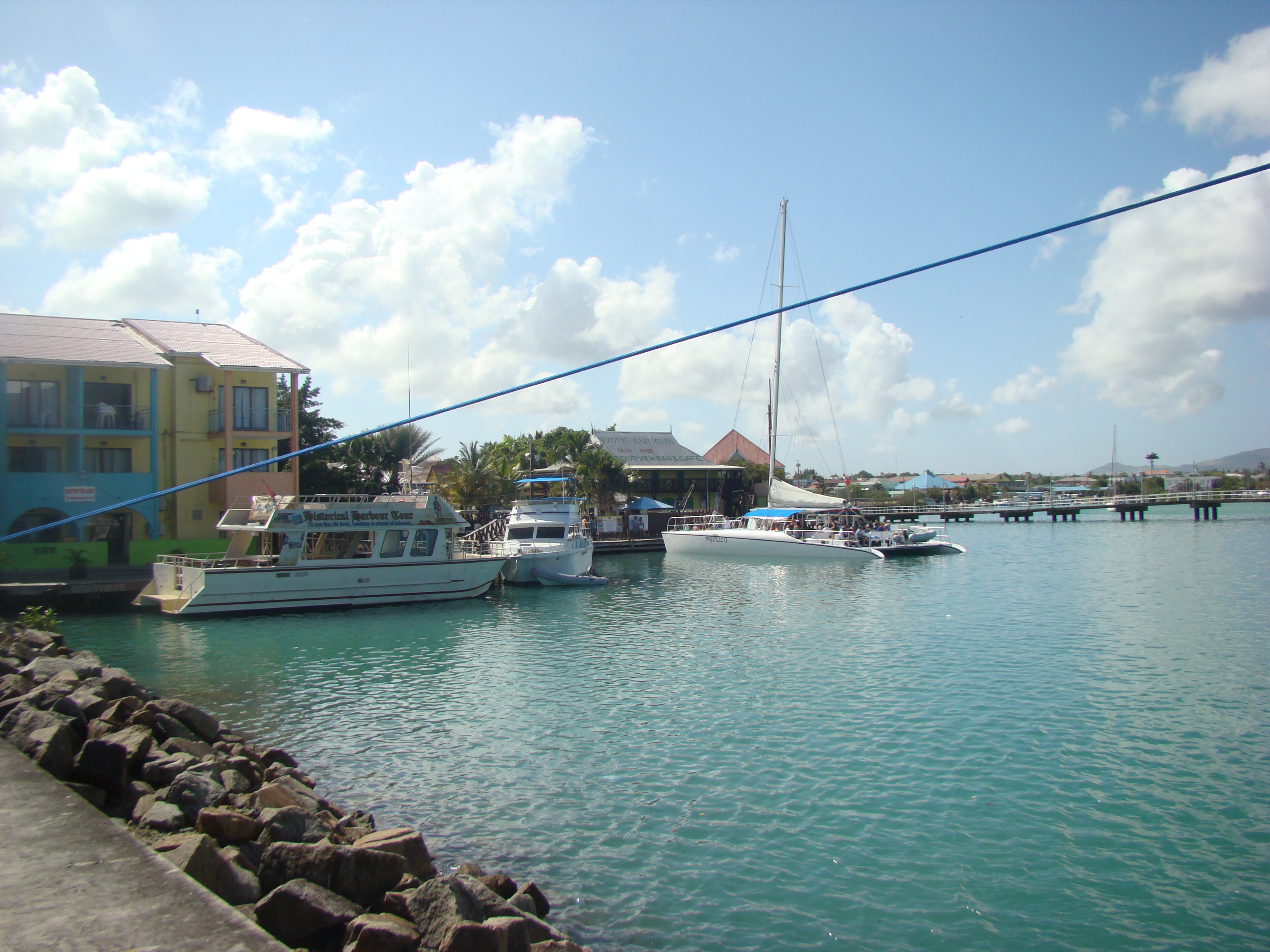