For our first full day in Las Vegas we headed to the Strip to see the Shark Reef Aquarium at the Mandalay Bay Casino and Resort. This is an excellent introduction to the wonders that the Las Vegas Strip has to offer; once we entered Mandalay Bay it was almost like being inside a new city. The scope of the resort is astounding; you almost need a map to navigate all the shops, restaurants, bars, and attractions that are contained within the hotel. The building is actually home to three different hotels; Mandalay Bay itself, The Delano, and The Four Seasons. There are 24 restaurants, 11 bars, a 1 Million Square Foot Convention Center, and an 11 acre “Beach” pool area, complete with a wave pool, lazy river, and over 21 topless pool area.

The Shark Reef Aquarium at Mandalay Bay is 95,000 square feet with over 2,000 animals on display, and has a 1.3 Million gallon tank, the third largest aquarium tank in North America. Aside from the staples of sea life common to many aquariums, Shark Reef has, as it’s name implies, several species of sharks and rays, as well as a golden crocodile, komodo dragon, and a Burmese Python. There is also a large number of staff on site to provide information and answer questions about the various animals that they have. The largest tank is the Shipwreck Tank, where many of the sharks, sea turtles, and other sea life reside, and this tank is particularly breathtaking since it surrounds you on all sides. There are areas of the exhibit where you walk over glass windows that look into the tank below your feet as well as areas where you walk through tunnels with the tank above you and on both sides. Aside from the main aquarium, the Shark Reef has a secondary element, the Polar Journey, an interactive series of exhibits focusing on the north and south poles and the animals that live there. This secondary exhibit, as well as admission to a short movie with motion simulation, is included in the base admission price for the aquarium, and there are discounts if you happen to be a Nevada resident.

After we walked the aquarium we decided to return to Fremont, to see how it differed during the day and to see Fremont East, an entertainment district stretching from the end of the Fremont Street Experience six blocks east. Fremont East is less traveled than the main Fremont Street Experience, and has fewer street vendors and shows, but it still has some interesting sights, most notably the Praying Mantis at Downtown Container Park. 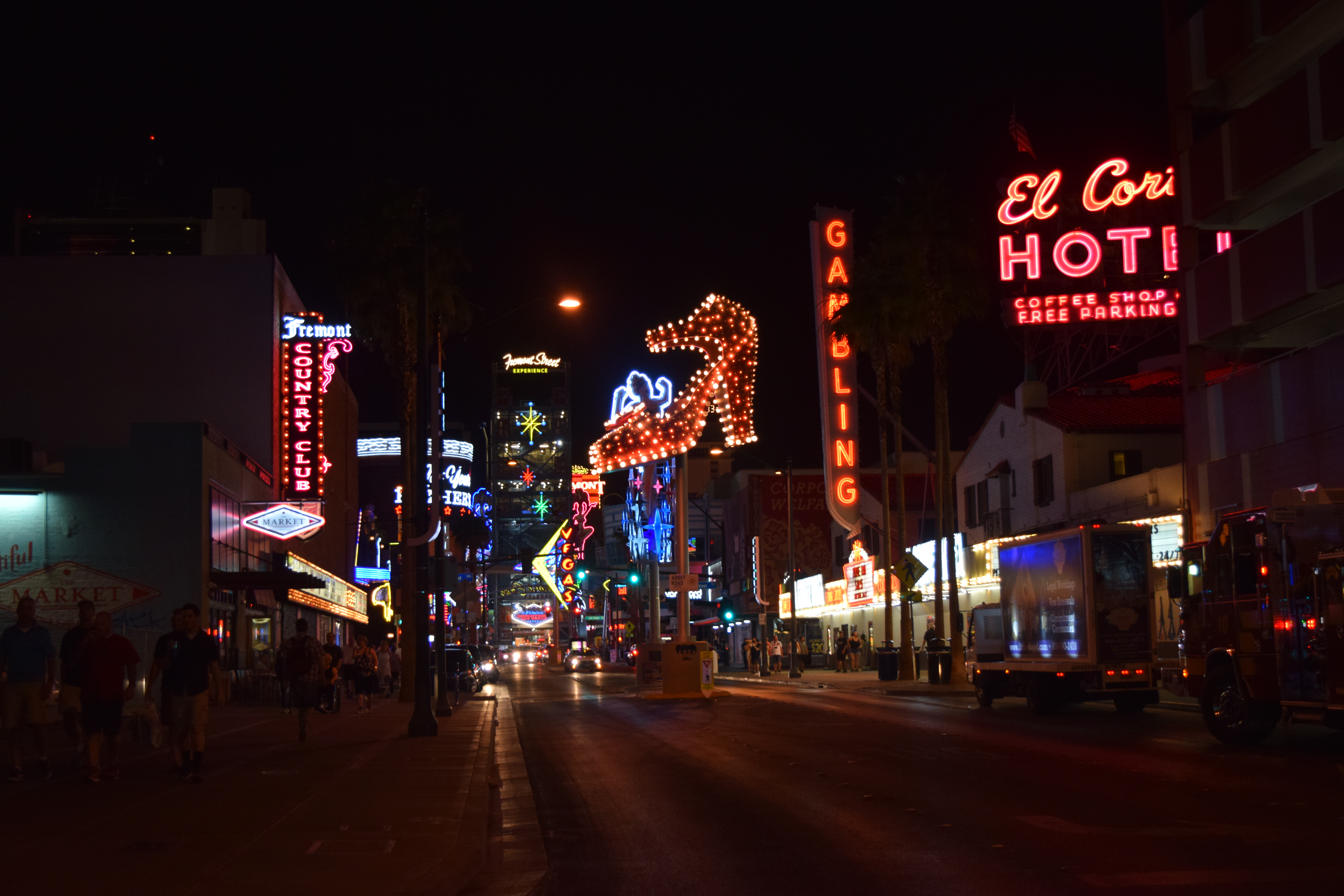 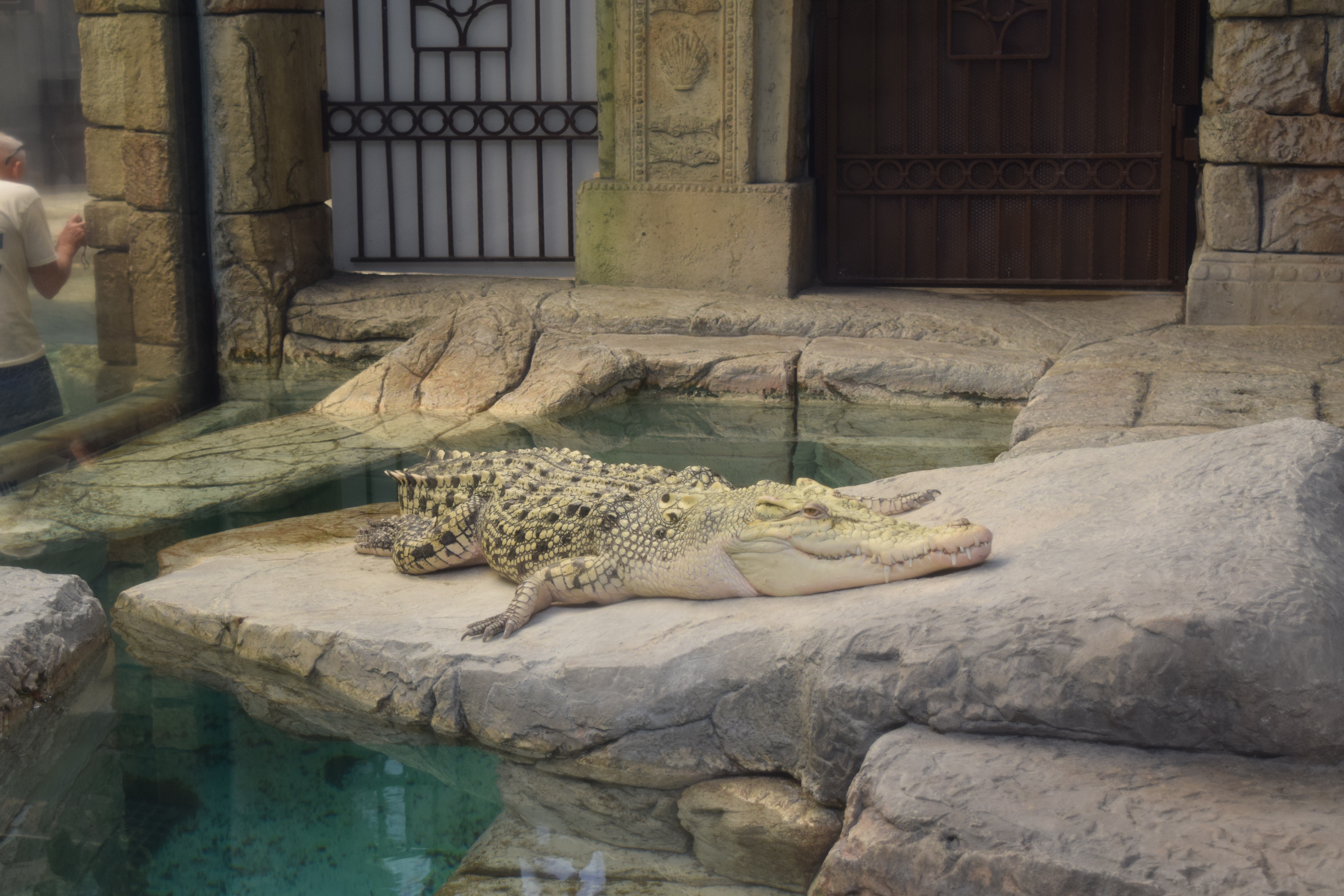 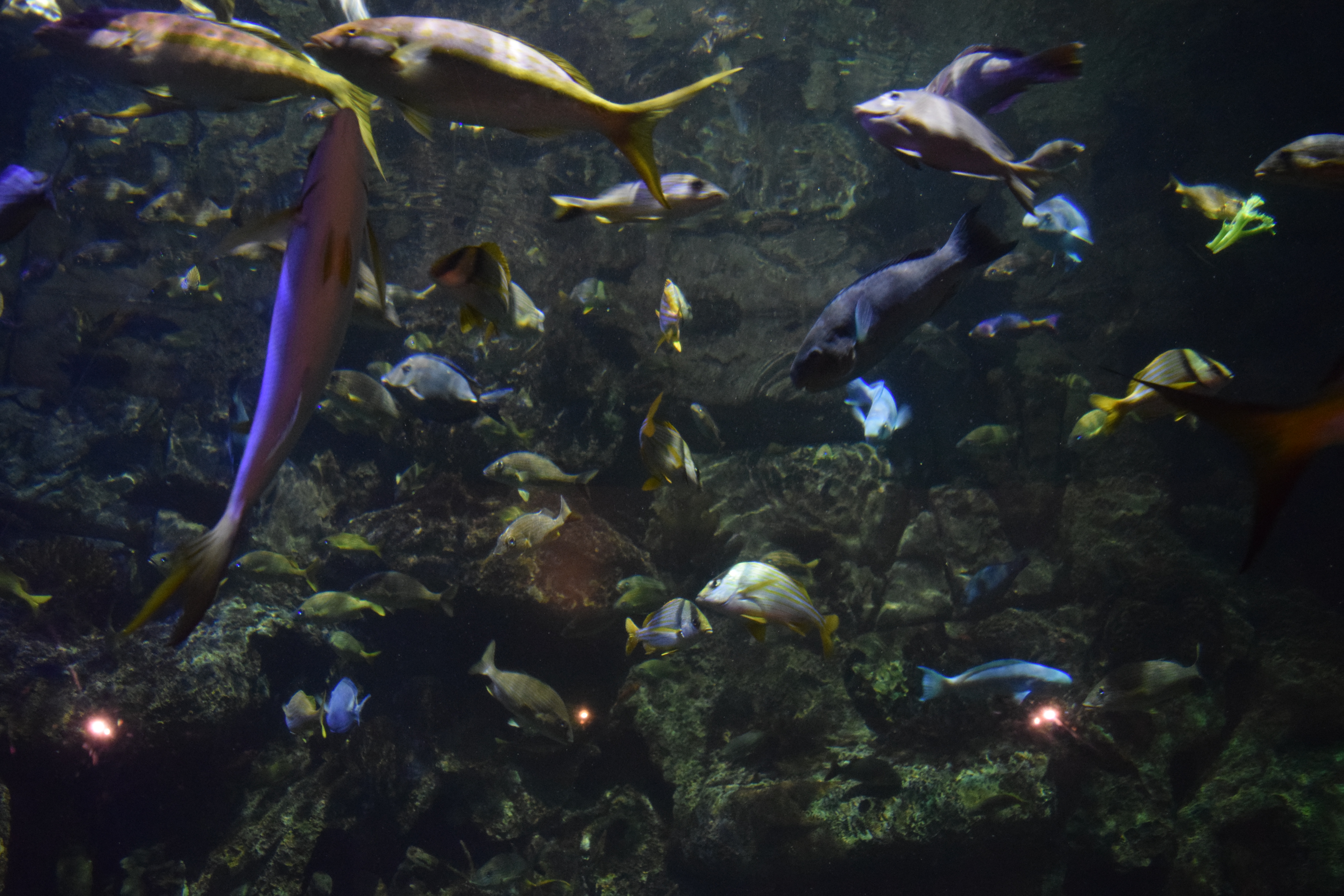 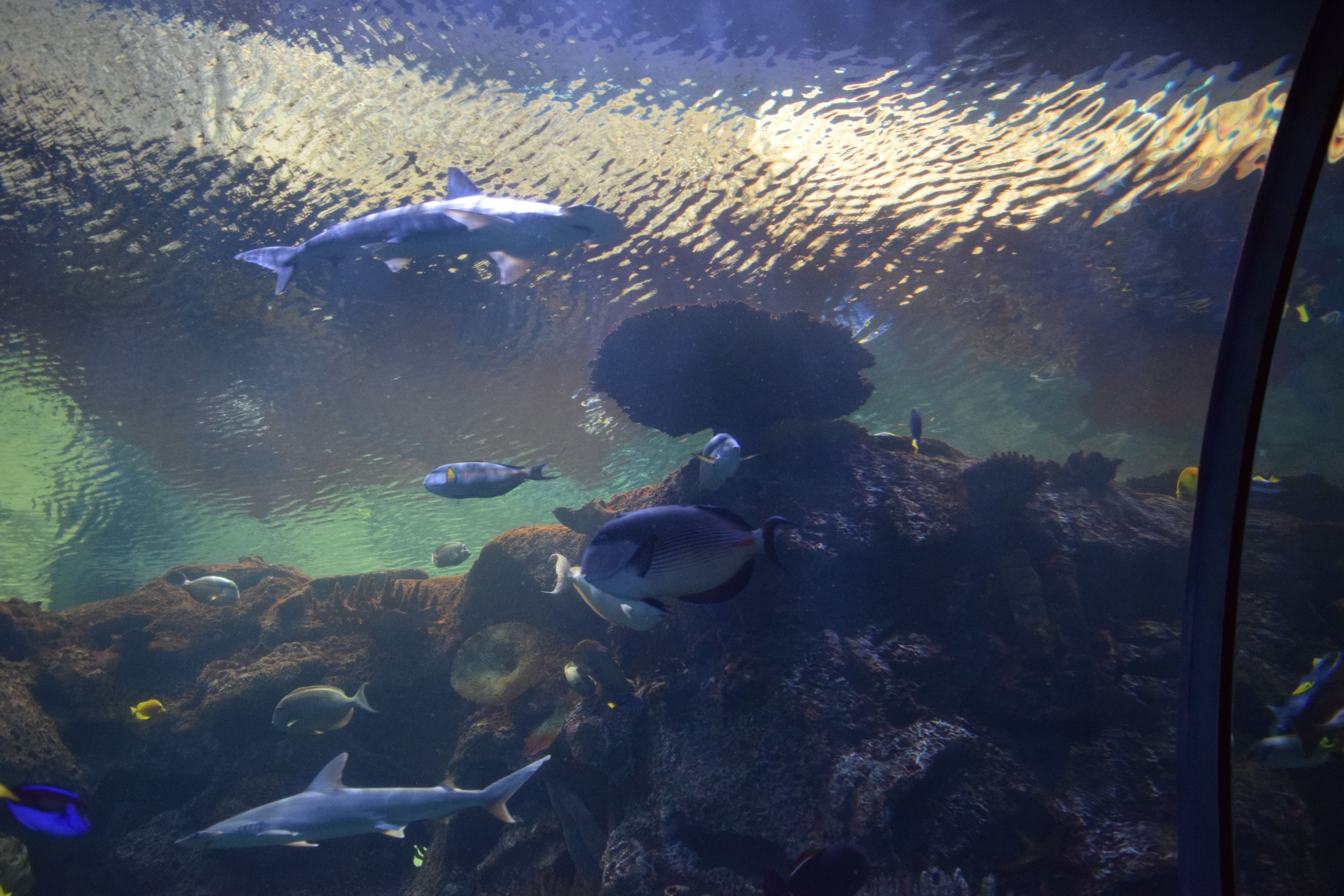 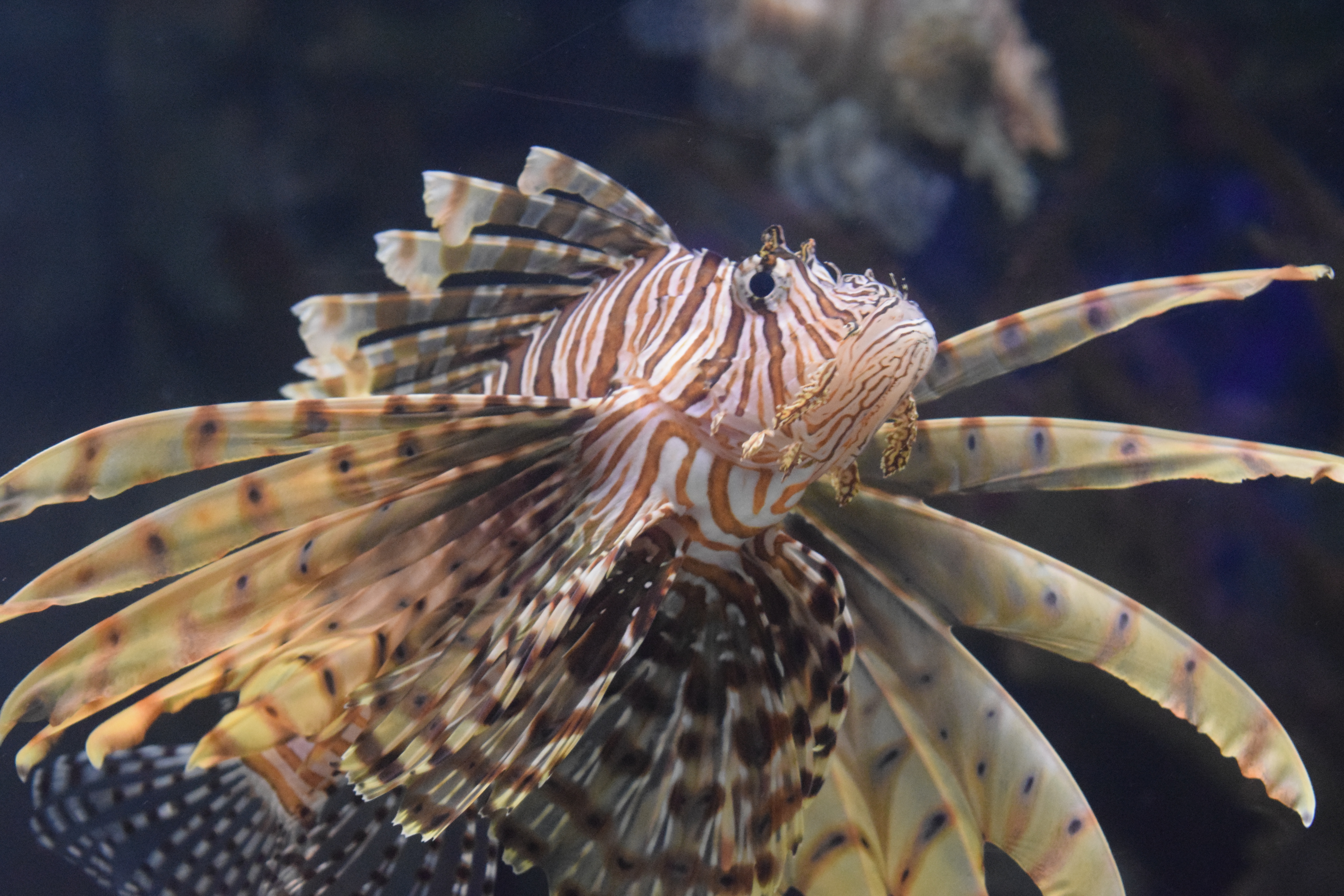 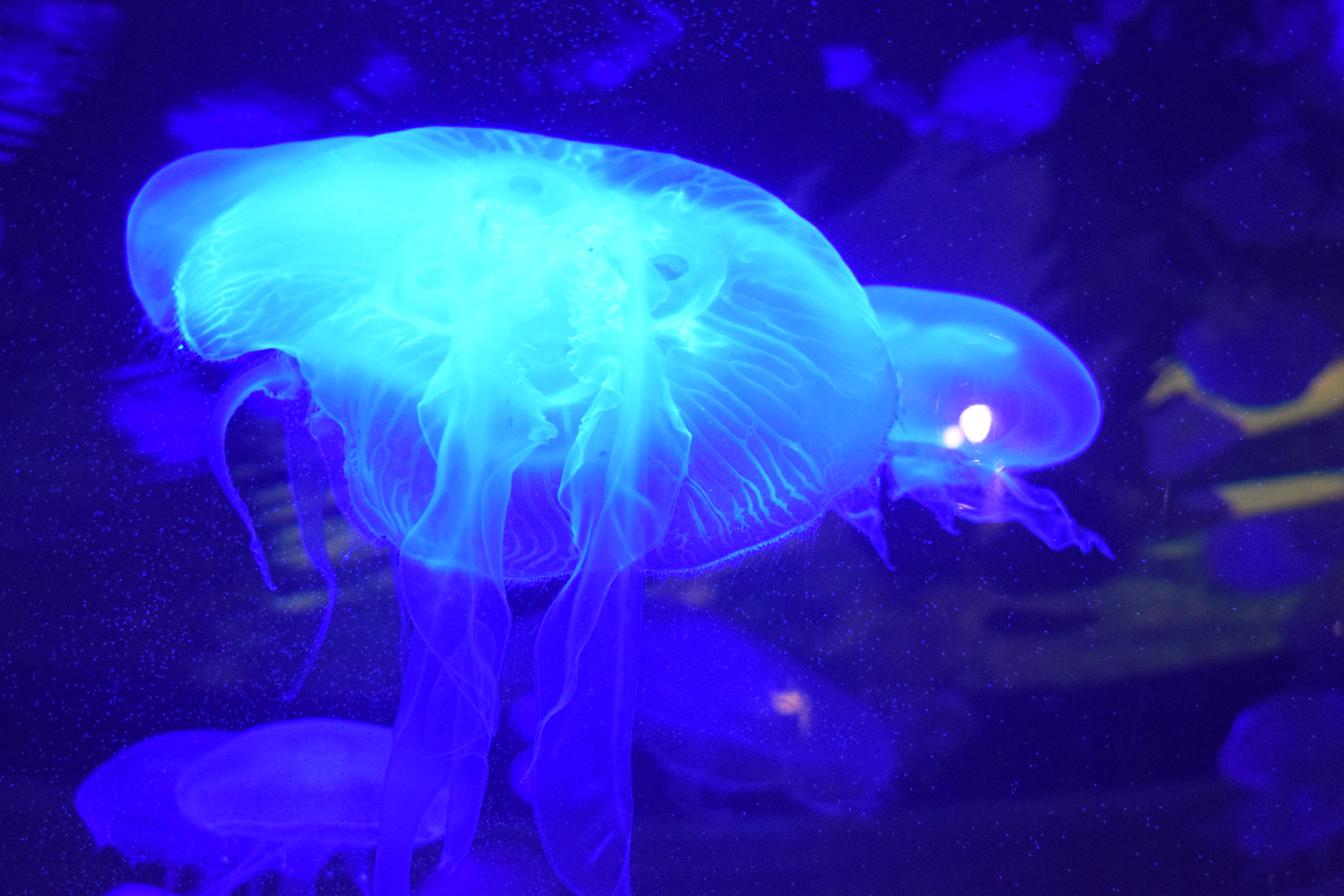 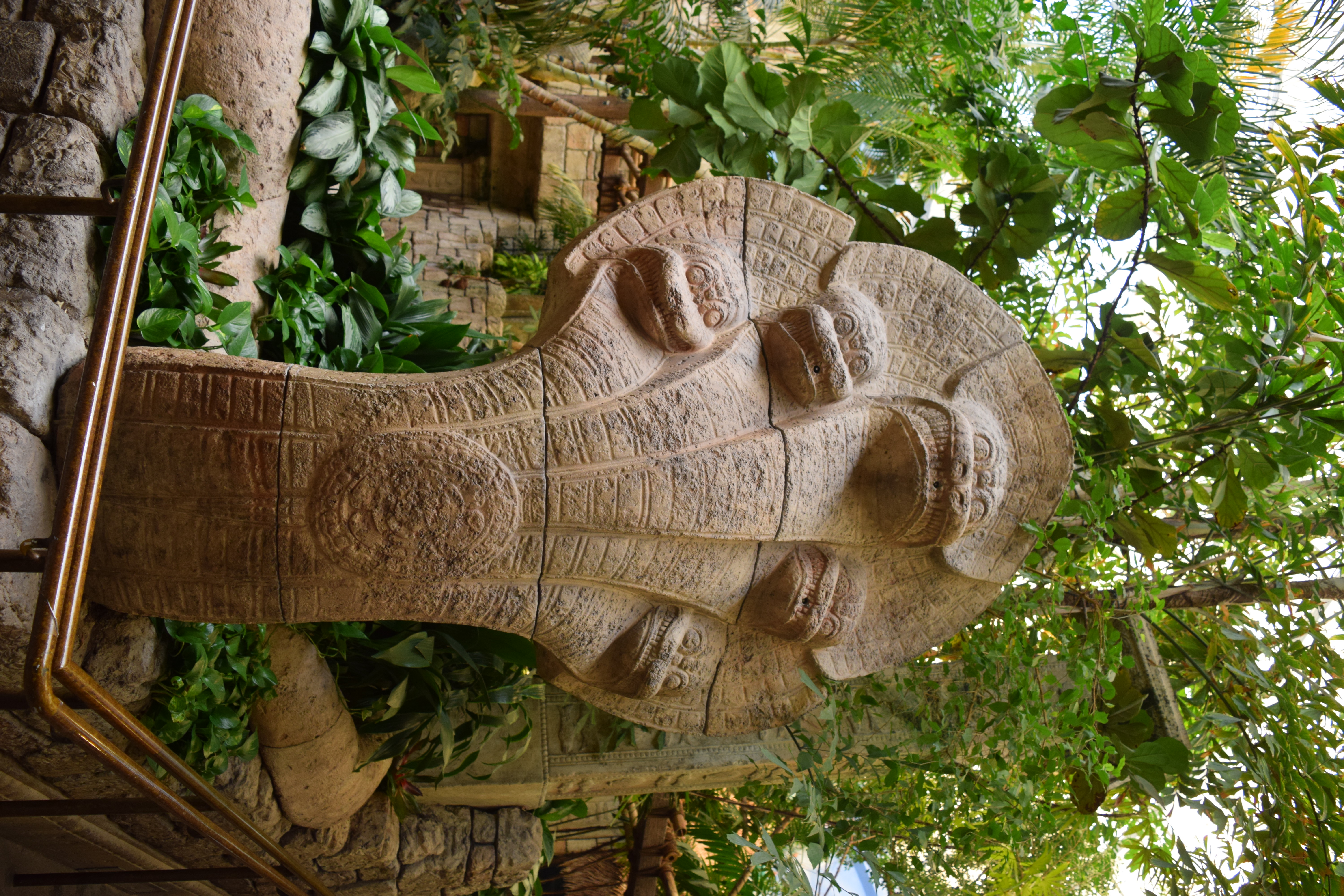